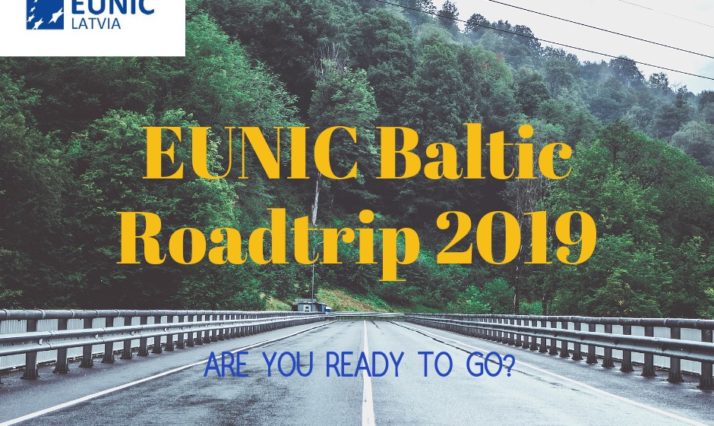 On October 23rd 2019,  24 young people aged 18-26 from Šalčininkai (Lithuania), Daugavpils (Latvia) and Valga (Estonia) all arrived in Vilnius where they started the roadtrip to each other’s cities, to discuss the opportunities and challenges of living in border zones.

First on the program was a guided tour in the newly opened Mo Museum, with an exhibition about the 1990s, a decade where many of the participants were born and where the Baltic States regained their independence.

The day concluded with a screening of the film “Butterfly City” which deals with the issue of having more than one nationality.

In Daugavpils the focus was on active participation and initiatives. Saturday began with a workshop about citizen driven political initiatives, held by Anna Zirne and Didzis Meļķis from Manaballs. This was followed by a workshop by Johanne Bruntse from the municipality of Aarhus, Denmark, where the participants were asked to consider the challenges you often face when implementing your ideas in the real world.

The day concluded with Julija Dainu from ‘Hello, Solyanka!’ telling about the work of the Daugavpils based website that aims at sharing positive stories about the town.

Sunday was dedicated to role-playing. In groups, the participants made different scenarios to communicate what is important for them in order to have a good local community, all of which was facilitated by Jonas Büchel.

Last on the tour was Urban Planning in Valga and first on the program was a workshop by the Estonian architect Kirke Päss. In groups, the participants went for a walk in Valga while paying attention to different architectural features of the town. Later, they used their observations for creating a collective map that visualised their ideas for improvements to the town of Valga.

Tuesday the participants continued making maps of Valga, this time developing virtual maps. They discovered the Wi-Fi’s of the town and made virtual maps based on these. This was facilitated by the Spanish/Estonian artist duo Varvara & Mar.

The roadtrip finished off in Valga Vocational Education Centre, with a meal prepared by participants.